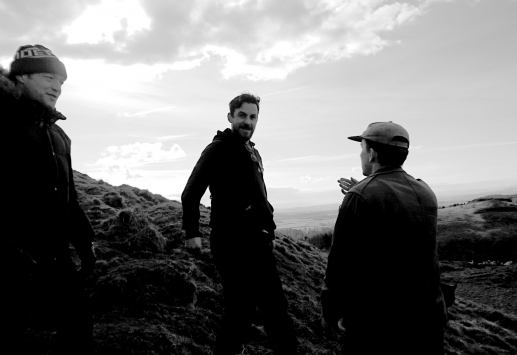 Tut Vu Vu are instrument based three piece composed of: Matthew Black, Jamie Bolland and Raydale Dower. They released their self-titled 12" vinyl debut album on VaVa Records April 2015. Previous releases include self-published tape cassette ‘Abracadbra Holmes’ in 2009 and 10” vinyl Ep ‘Slow Sound Horn’ on JasPow Records in 2014. Drawing on a wide range of influences and defying easy categorisation, Tut Vu Vu have incorrectly been referred and described to as: ‘musique concrète’, ‘vaguely jazz based rhythm with a wayward electronic disposition’ or ‘the love child of David Lynch and Anaïs Nin’…In addition to regular live performances as a three piece Tut Vu Vu have collaborated with a number of artists and musicians – including, Haus Frau, Cassie Oji, Eilidh Rodgers to compose soundtracks for film and experimental performance events.