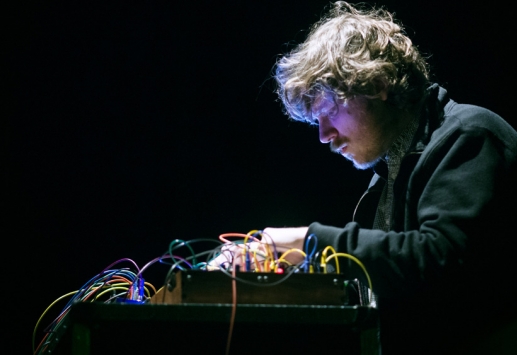 John Chantler is a musician and organiser living in Stockholm, Sweden working with synthesizers, electronics and sometimes pipe organs to explore his own personalised compositional and improvisational strategies — working with and against the specific systems inherent in his chosen tools.  His most recent LP — Which Way To Leave? (ROOM40) — charts an unpredictable, highly dynamic course through distorted washes of masses harmonics and passages of spare, alien beauty.  This follows Still Light, Outside (1703 Skivbolaget) — an extended suite that combines passages of stark minimalism centred at the bodily invasive extremes of the pipe organ’s register with striking explosions of colour; massed chords shot through with heavy distortion and electronics that operate according to their own dream logic.

Originally from Australia he spent a decade in London before moving to Sweden where he also directs a small festival for 'other music' in Stockholm called Edition. The Second Edition takes place in February 2017.