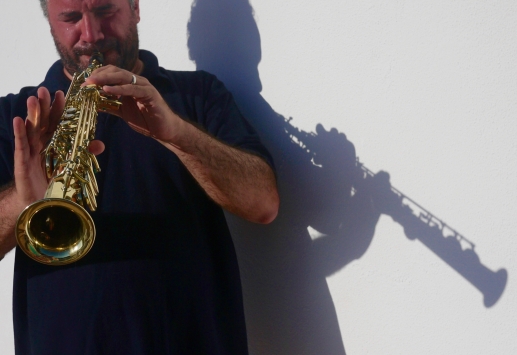 Raymond MacDonald is a saxophonist and composer whose work is informed by a view of improvisation as a uniquely social, collaborative and creative process that provides opportunities to develop new ways of working musically. He plays in many collaborative free improvisatory contexts where his roots in jazz and pop music can also be heard in his playing and writing.  Collaborating with musicians such as Evan Parker, Marilyn Crispell, George Lewis, David Byrne, Jim O’Rourke, he is a founding member of the Glasgow Improvisers Orchestra and has released over 60 CDs and toured and broadcast worldwide. He has written music for film, television, theatre, radio and art installations and has a long standing collaboration, Scarecrows and Lighthouses, with artist Martin Boyce and film maker David MacKenzie. He is also Professor of Music Psychology and Improvisation at Edinburgh University and lectures, publishes and runs workshops internationally.