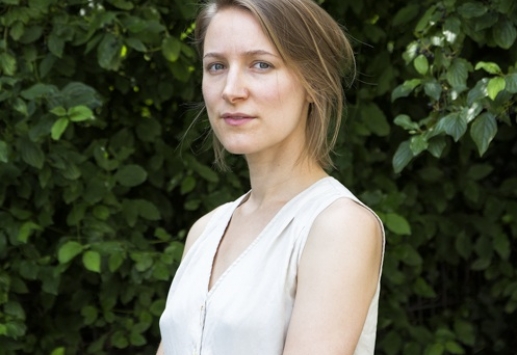 Catherine Lamb (b. 1982, U.S.) is a composer investigating the interaction of tone and shade.  Studying music from a young age, in 2003 she turned away from the conservatory in an attempt to understand the structures and intonations within Hindustani Classical Music, later finding Mani Kaul in 2006 who was directly connected to Zia Mohiuddin Dagar (dhrupad music).   She studied (American experimental) composition at the California Institute of the Arts (2004-2006) under James Tenney and Michael Pisaro.  Since then she has written various ensemble pieces  (including liminal electronics).  Her work is becoming international and continues to go further into elemental territories, through various kinds of research, collaboration, and practice (as a violist/vocalist). She received her MFA from the Milton Avery School of Fine Arts at Bard College in 2012 and is currently in residence at the Akademie Schloss Solitude in Stuttgart, Germany.